Addo or Kruger – which national park do I choose? 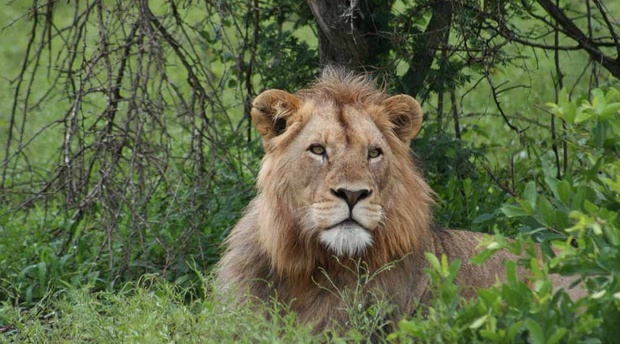 There is always a big debate among travellers about which of South Africa’s national parks is the better option for a Big 5 safari.

There is always a big debate among travellers about which of South Africa’s national parks is the better option for a Big 5 safari. In all honesty, both Addo Elephant National Park and the Kruger National Park have their unique qualities for the adventure of a lifetime.

The Kruger National Park is the first and largest national park in Southern Africa and home to the Big 5. It spans 19,485 square kilometres and lies inland to the north-east of South Africa, across the eastern parts of Limpopo and Mpumalanga provinces.

Addo Elephant National Park, on the other hand, is situated in the Eastern Cape Province just outside the major coastal city of Port Elizabeth. Boasting a marine section, it is home to the “Big 7” which includes the great white shark and southern right whale and is home to the largest density of African Elephant in Africa.  We think Addo and Kruger are both pretty cool – here is why.

Both Addo Elephant National Park and the Kruger National Park are home to the Big 5. Addo’s expansion now includes the Woody Cape Nature Reserve, which extends from the Sundays River mouth towards Alexandria, and a marine reserve, which includes St. Croix Island and Bird Island. It is the only park in the world to house Africa's "Big 7" (elephant, rhinoceros, lion, buffalo, leopard, southern right whale and great white shark) in their natural habitat. The Kruger National Park is the largest and most visited park in South Africa and has a wide range of wildlife from giraffe to zebra and many species of wild cats. These parks are completely different from one another, but they both have a lot to offer in terms of fauna and flora. While Kruger is typically characterised by savanna grassland, Addo covers five of South Africa’s seven biomes.

Addo and Kruger are each suited to a very specific type of traveller with differing interests. Why do we say this? If immersing yourself in an African safari is at the top of your to-do list and one of the main reasons you’re travelling to South Africa, then the Kruger National Park is for you. The park is a five-hour drive from the major city of Johannesburg and, because of its huge scale, it is advisable to stay over for a few days to get the full safari experience and explore as much of the park as possible. On the other, Addo Elephant Park is ideally suited to day-trippers and short-stay visitors. Situated just an hour outside Port Elizabeth, the gateway city to the Garden Route, Addo is the perfect safari to get your Garden Route adventure started.

Travelling, in general, can be pretty pricey but travelling in and around South Africa can be quite reasonable if you plan correctly. Booking accommodation and African guided safaris at both parks in advance will have major benefits, especially during the off-peak season and during the South African winter months. Pack your essential snacks, water and sunscreen for long game drives inside the parks but take note that both Addo Elephant National Park and the Kruger National Park have restaurants and curio shops, so bring money for meals and mementoes! But no matter what the price, we can assure you that the experience in any one of these parks is worth the moola (a South African term for money)!